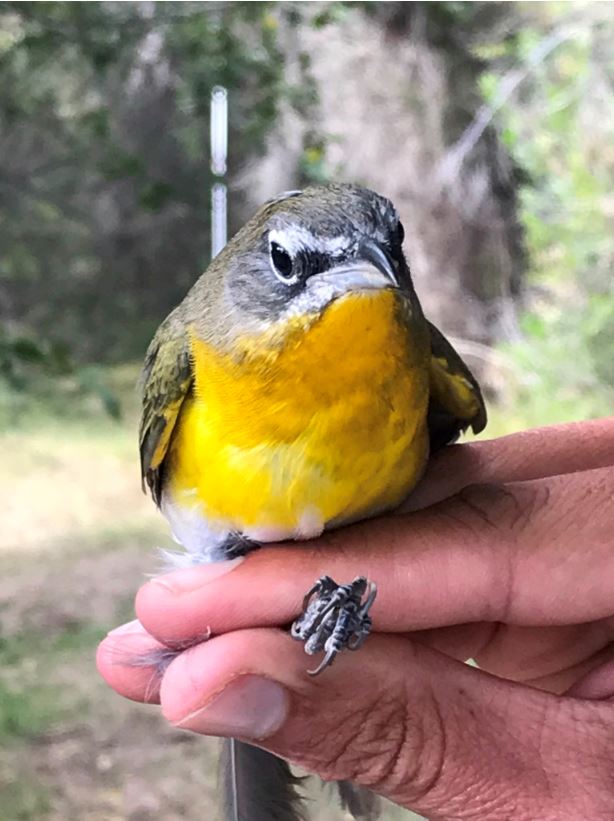 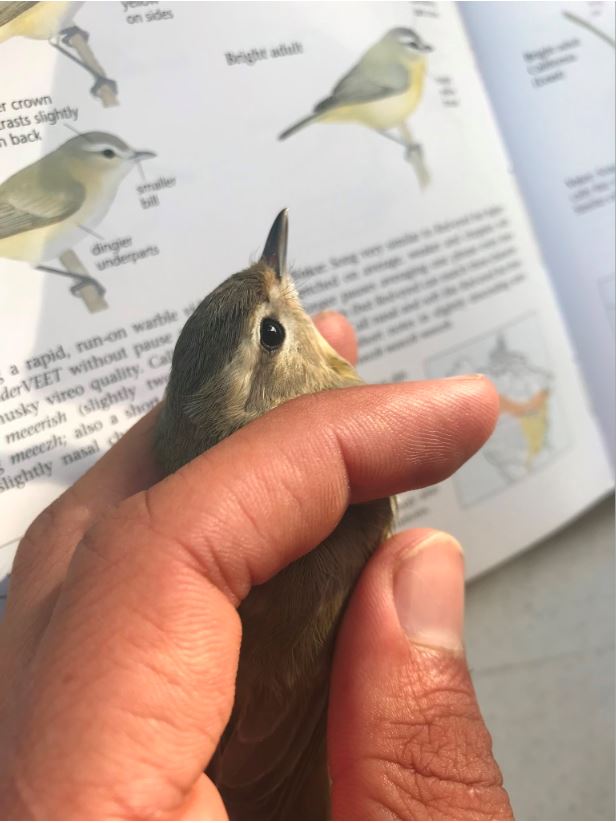 According to BCAS member Sheryl Radovich, the Ridgway banding station was started in 2006.

She explained. “Several of us former teachers would bring our students to the station during the banding season. At that time, there were only three activities for the students. When fellow teacher Marti Isler and I retired from teaching in 2011, we both began volunteering each year to provide education programs in the schools pre- and post- banding station visits.”

Radovich says RSP’s expanded program and learning stations eliminated the need for pre- and post- education visits to the schools. She and Isler continue as annual volunteers who present a learning activity at the station. This year’s volunteers also included BCAS members Marcella Fremgen and Mary Menz who helped extract birds from nets and provided bander assistance , BCAS member Chris Lazo who led guided bird hikes for the school children, and BCAS member Gayle Johnson who led an activity one day. Several other non-member volunteers also helped at the station.

Carrie Krickbaum, naturalist at Ridgway State Park, says that the program has evolved to include an entire half day of learning activities including a visit to the banding table to see birds in the hand, a bird hike while learning how to use binoculars, an interactive game about the challenges of migration, an avian food and habitat analysis activity, and an activity related to bird adaptations (bills and feet).

“We had 598 students from 11 schools participate in this year’s program,” said Krickbaum. Students were from schools in Delta, Montrose, and Ouray Counties. She said that 105 adults also visited the station.

BCAS provides up to five volunteers daily at the park for the two-week banding period (up to 250 volunteer hours) and a birdfeeder with seed for each class that visits the station. The park also solicits volunteers to help with the event.

In the past, BCAS has invested in a class set of binoculars and bird guides for guided hikes, radios for volunteers to communicate with each other during the event, as well as provided birdhouses to classrooms for assembly, assisting in paying the park entrance fees for schools, and paying half the bander fees with RSP (every year is different). The Friends of Ridgway State Park provides funding for half of the school bus travel fees.

The banding station opens the Tuesday after Labor Day with a public banding demonstration on the Saturday following Labor Day. Mark your calendars for next year’s demonstration day!

Mary Menz lives in Ridgway. She has been a banding assistant, or “band aide,” since 2011.For a complete list of species banded this year, contact her at This email address is being protected from spambots. You need JavaScript enabled to view it..