The City of Montrose is proposing a new city park to be managed for wildlife and has asked BCAS to help in its planning.  Here is some basic information:

The site is an 18-acre parcel on the east side of Marine Road and extends eastward onto the floodplain of the Uncompahgre River, but does not quite reach the river. The uplands portion of the site, the western portion, is rather flat near the road, but drops in elevation slightly in natural and manmade benches. Much of the upland is covered in grasses with some greasewood and rabbitbrush shrubs and Russian olive trees. Variable amounts of cheatgrass, Russian knapweed, white top, and thistle is present. A travel route eastward in the southwestern portion of the parcel passes over a culvert that allows water to flow in a northward direction in a probably manmade channel that includes cattails. With travel eastward, vegetation becomes lusher and includes more Russian olive, phragmites, reeds, cattail, chenopodium, and white top ant thistle. Some dense areas of white top are present, but it appears that grasses and forbs are able to compete successfully against it over most of the area.   The water table must be quite shallow judging from the riparian species present. Along the south boundary of the parcel is a rather deep channel that runs from west to east into a pond. It contains a considerable amount of water that appears rather stagnant and has considerable algae growth, duckweed, and an unusual fern that grows in nitrogen rich environments as a companion to algae. This is an unusual plant that only one of our observers had seen before. Some dumping has taken place in the channel. Observed were a television set and refrigerator. The channel terminates in a small pond that has live water entering it from the south. On the adjacent property to the south is a well-kept pond. A second pond is present adjacent to the east, most of which is within the parcel. A few fish of unidentified species were observed in the western pond, which indicates that the ponds do not freeze entirely during the winter and that water quality suitable for fish life exists. Water from the western pond flows through a concrete culvert into a probably manmade channel that is quite wide. This channel flows northward into a pond on the northern side of the parcel. Within the channel, an invasive nightshade is growing profusely. A few young cottonwood trees were observed to the east that may or may not be within the parcel. Also observed in this eastern portion are several young tamarisks. Some beaver activity was noted, but only a small amount appears to be recent. Heavy tree, shrub, and other vegetative growth along with marshy ground make travel difficult, but not impossible to the south. Two ponds are present along the northern boundary of the parcel. They are shallow, but are not contain nearly the quantity of algae as the ponds on the south boundary, probably because of the filtering of the wetlands separating them. All of the ponds have good vantages for viewing from the west. The northern edge of the property abuts partly developed land. Some heavy equipment is present and travel into the parcel by ATVs is evident from the north. Some dumping of refuse and dirt/rock has taken place along the northern portion of the property, but is not extensive. Two large areas of wild iris have been identified in the west-central portion of the parcel.

In January, Sandy Beranich and Jon Horn presented information to the city of Montrose regarding our observations and recommendations.  Click here to see a copy of the handout that was prepared by Claudia Strijek and presented to the city.  Janet Haw has been returning to the site every month and has been taking sets of photographs from specific photo points so that we can have a visual record of natural changes of the area through the year.  During the winter, one of our questions has been if the ponds and watercourses in the parcel would freeze solid or if they would remain open and be suitable habitat for overwintering migrants.  So far, the ponds and drainages have remained ice free over the winter and numerous ducks have been observed, many diving for food.  Although it has been an unusually warm winter, most of the ponds in the Montrose area have frozen for some of the winter, but these have not.  This is confirmation of what Dennis Murphy hypothesized might be the situation where water feeding the area was likely warmer ground water from ground saturation during the irrigation season as opposed to cooler surface water that would more quickly freeze during cold weather.  Also of interest is that all of the algae and most of the water fern observed covering the southern ponds in warmer months has died during the cold weather and sunk to the bottom of the ponds, leaving the surface clear of vegetation.  It will be interesting to see when it returns as the days warm.

58 Species of Birds Identified So Far

Marine Road Park is an eBird Hotspot.  Please add your sitings in eBird so we can develop a comprehensive list of year-around sitings! 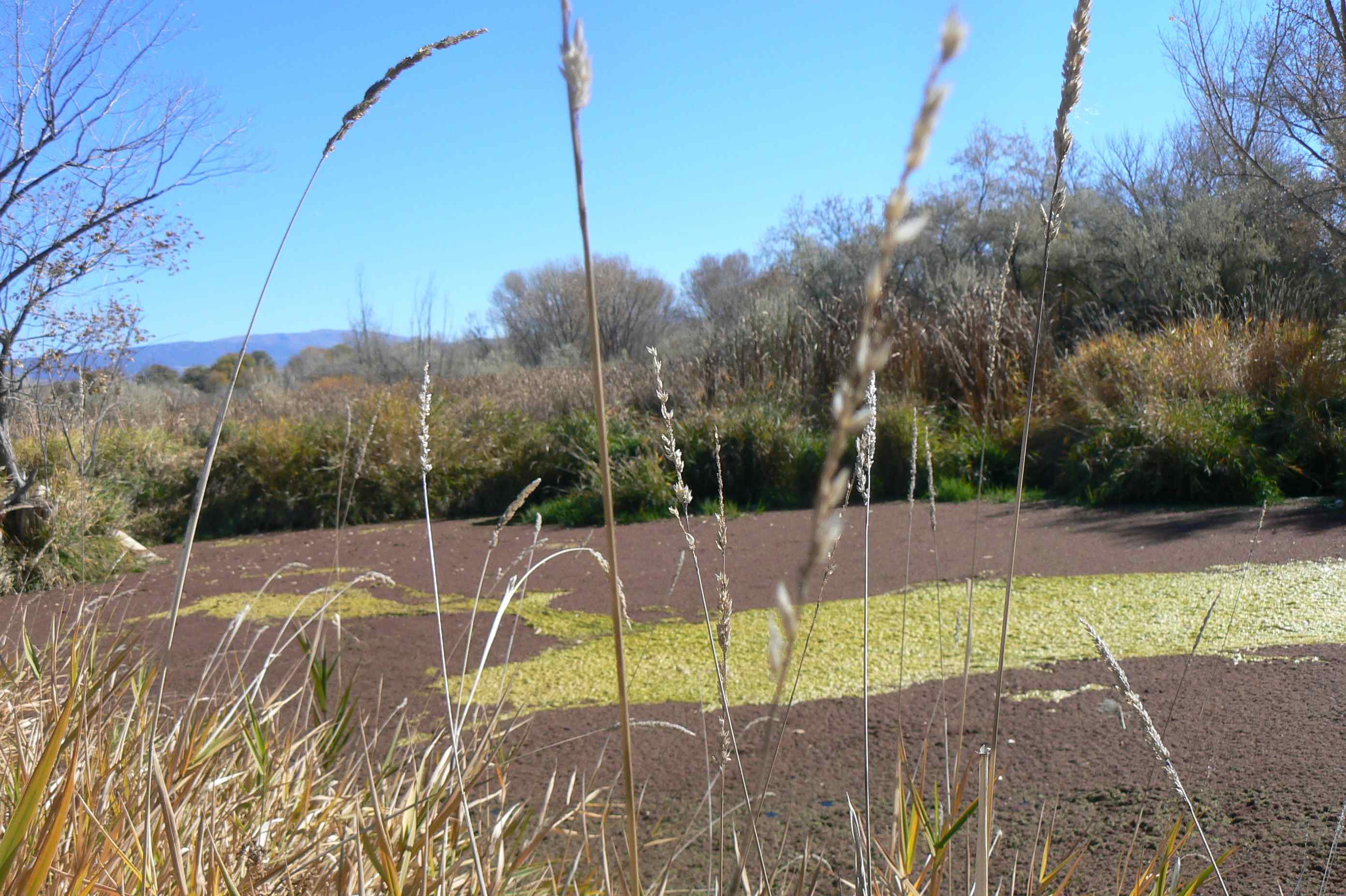 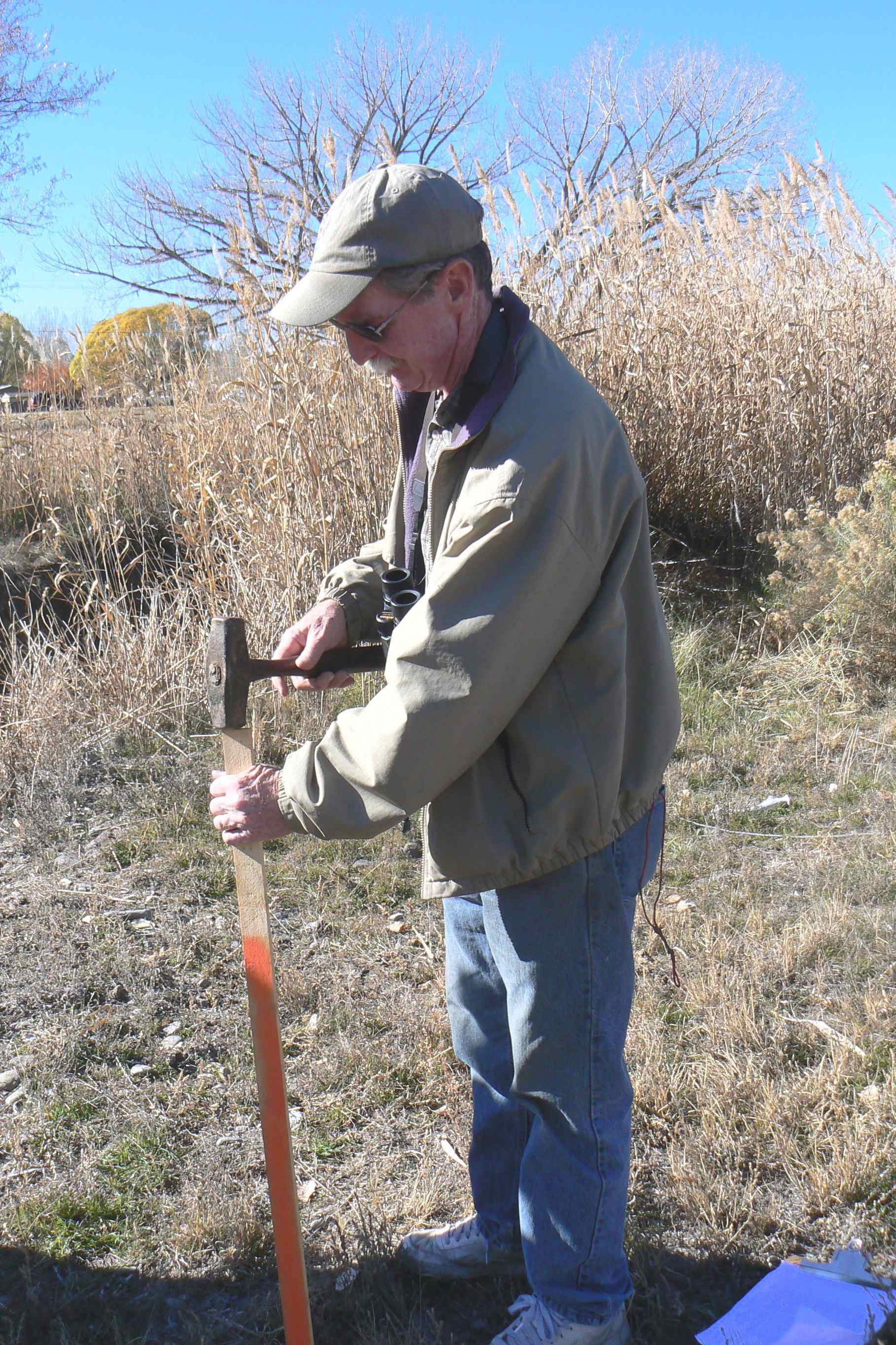 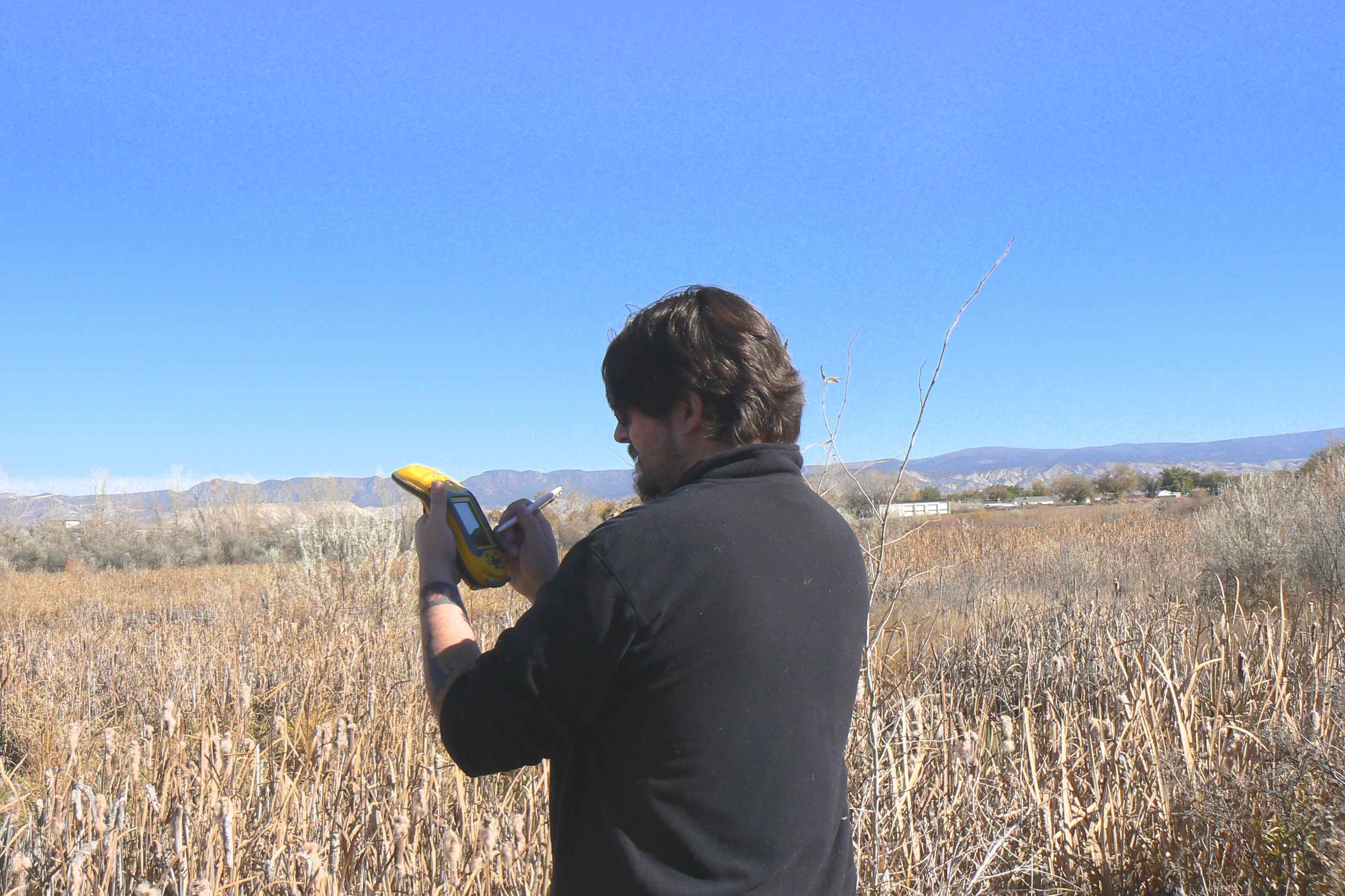 As part of the initial evaluation work at the proposed Marine Road Park in Montrose, we have worked with eBird to have the location specified as a birding Hot Spot.  This means that it appears as a Hot Spot on the eBird map, and data from the site can be easily added to and accessed by those who are interested.  We encourage birders to visit the parcel and enter the birds they identify into eBird so that we can compile a detailed and complete checklist of birds throughout the year.  We expect to use this information for interpretive, planning, and management purposes.  When you visit, please park on the west side of Marine Road for safety.  The parcel is unmarked, unfenced, and unimproved, but is city property and open for access.  The wetlands are east of the drier uplands.  Both are rich and diverse habitats.  We are hoping to keep the wetlands as pristine as possible, so please view from their western edge and be conscious of limiting your disturbance of birds and animals while visiting.  In particular, please do not allow dogs to run free or, better yet, visit without them.

The City of Montrose has been awarded a grant funded by Great Outdoors Colorado (GOCO) in partnership with the Colorado Youth Corps Association (CYCA) for two weeks of work by the Western Colorado Conservation Corps. The planned work will include removal of invasive plant species, particularly tamarisk, Russian olive, white top, and Siberian elm, protection of young cottonwood trees from beaver damage, and planting of some desirable native plants, such as buffalo berry, willow, rabbitbrush, and cottonwood. The work is planned to take place in the spring, when the white top first becomes visible and before the nesting season begins. This is the first step in a multi-year process of improving the habitat of the area and preparing it for public visitation.